and then quickly Expand

and then Exert to control, motivate, innovate and optimize. 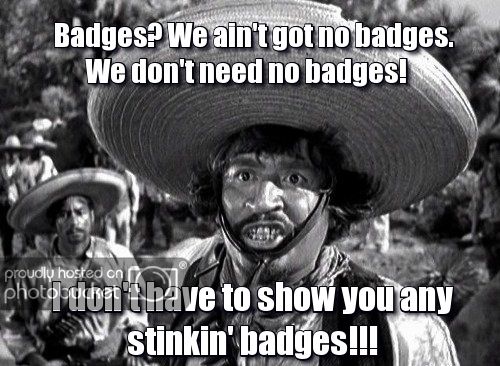 We should probably lobby ISC2 to shift the focus of the organisation away from information security to accommodate the prolific rise in badges. I’d also favour a three-fold plan presented in near, mid and term order:

1. Certifications should contain an extra domain to each certifications CBK, I’d leave final nomenclature to the board, but my humble suggestion would see it named ‘Badgery’. About badges as opposesed to a bit like a badger. It should include information on DevSecOps, and  badges, and experience requirements would include evidence of participation in Facebook’s ten year photo challenge.

2. It is likely that the new world economy with trade disputes, Brexits, Shutdowns recessions, arrests won’t sustain beliefe, let alone the underpinnings of infosec leadership. ISC2 should throw an ICO, backing this with a mix of dodge coins and compute power from members rewards apps. iOS only, as Tim says Apple won’t sell our data, but who know what Google might do? At the very least we’ll get a distributed, theoretically immutable(assuming we’re all good actors) record of who is REALLY owed a latte.

3. Lastly once the ICO replace the US Federal Reserve and other issuers of negotiable currency, ISC2 should attempt to ‘go to the source of badges’ via a reverse takeover of scouting and guiding organisations. This will allow not only a huge amount of badges with great Pedigree and Provenence, that could be digitised, but ISC2 could also help start the healing process in scouting, which from third hand reports seems riven with division.