What could go wrong... 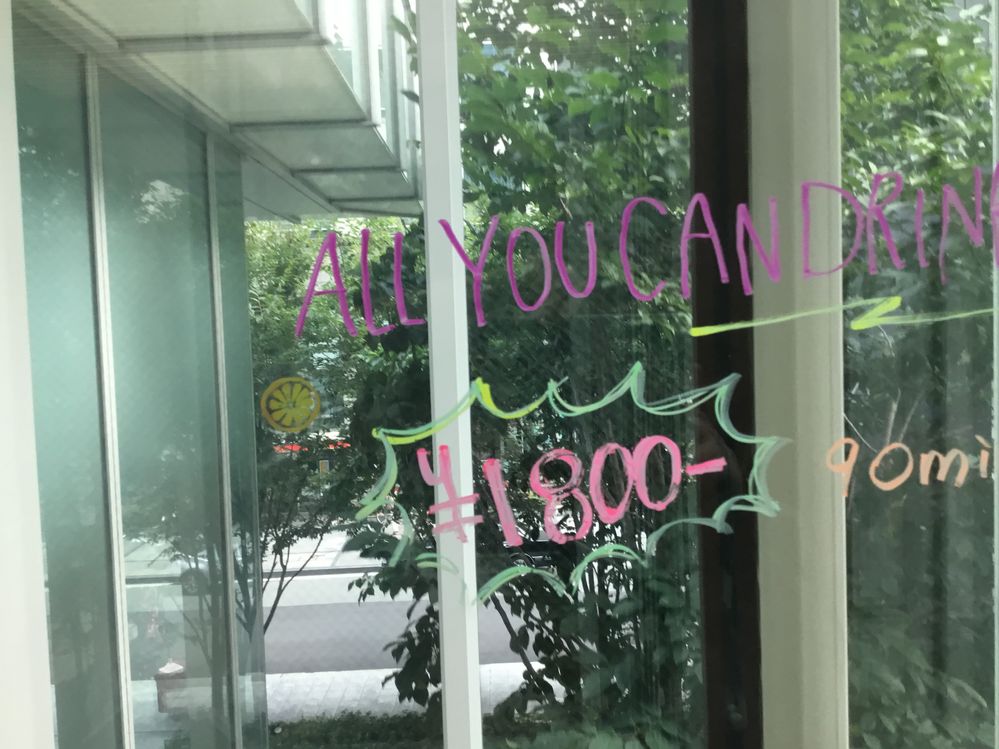 I think this says something about corporate attitude to risk. What’s the impact of this going badly wrong and who does it fall most heavily on?

If what I am seeing in the picture is correct it looks like you get unlimited drinks for 90 minutes for a set price. I can see HUGE legal implications in this.

1) A person drinks to excess and dies of alcohol poisoning.

2) a person drinks to excess and then drives and kills/injures someone. In the U.S. bars/drinking establishments can be held financially and criminally liable for serving alcohol to inebriated customers.

3) even if it were not alcohol we have had some deaths at a "how much water can you drink the fastest" contest.

rslade
Influencer II
This will only end in tears ...

It's all ones and zeroes until someone loses a disk ...

What's the worst that can^Wwill happen?

====================== (quote inserted randomly by Pegasus Mailer)
rslade@vcn.bc.ca slade@victoria.tc.ca rslade@computercrime.org
Trying to determine what is going on in the world by reading
newspapers is like trying to tell the time by watching the second
hand of a clock. - Ben Hecht
victoria.tc.ca/techrev/rms.htm http://www.infosecbc.org/links
http://blogs.securiteam.com/index.php/archives/author/p1/
http://twitter.com/rslade

Yeah, this is a major hotel chain catering to the youth market. I can’t imagine that this is in adherence to their policy.

It’s Japan so ok, the practice of serving unlimited food and drink is more normal, but what a pressure cooker - they had plenty of spirits as well. I shall ask them about it...

on an aside it it seems I can mark posts as a solution, so will do so.

@Early_Adopter, now that you mentioned it's a hotel, let's breakdown what you asked:

What could go wrong?

There's a myriad of things that could go wrong --- either as a direct or indirect result of this --- with the focus on legal implications as the others mentioned.

This will vary based on the organization's --- in this case, the hotel's --- preventive measures, its policies, applicability of government regulations, etc. For example, what's written outside would 'lure' people into the restaurant --- but they would later find out that it only applies to non-alcoholic beverages. Alternatively, they may be well insured to cover them from financial impacts.

Who would accept responsibility?

That would also vary. If such a promotion has been made in compliance with the organization's policies and with management approval, it's top management should accept full responsibility. If rules have been broken by employees, they should also share the blame with the management. But we often find that a 'scapegoat' from the staff ends up taking all the blame...

@Shannon and others, So I did some questioning, and the mitigations are basically no top shelf. Quite often people get too drunk.

This is not uncommon here(it’s a norm like it was in the UK in the 80/90s, but the hotel chain(chunky and multinational))probably wouldn’t consider it in compliance with their stance on alcohol.

The 90 minute time box for beverage consumption without food is a probably the, big challenge but I think it’s a mostly young Japanese taking advantage and the advert was n English in the elevator is trying to broaden the appeal. Worth musing on.